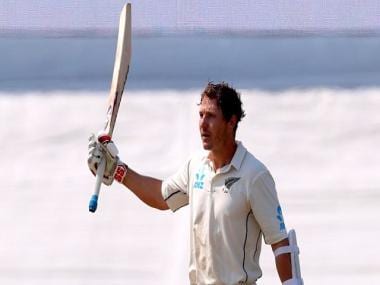 Spring in Hamilton is often damp. The winter fogs haven’t quite subsided yet, so there’s almost always moisture in the air and on the ground. It’s perfect grass growing weather, and is part of the reason why the land in the Waikato region is so fertile. In the spring of 2007, the Northern Districts cricket team had gathered for a training camp, and there were a few exciting young players in the group.

A young fast bowler, yet to debut, called Tim Southee was starting to make things uncomfortable for the batsmen in training, and a young batsman called Kane Williamson, also yet to debut was hitting everything and looking like he had more time than everyone else. As the training drew to a close, the players started leaving to get changed, until there were only two players left. Williamson was wanting to just hit a few more balls, and BJ Watling was wanting one of the coaches to work with him on his fielding.

Eventually the two of them went back to the changing rooms to join the others. Watling’s shirt was filthy, covered in mud from diving on the damp ground. He had thrown himself around in training as if it was the final of the world cup. And it was completely normal.

Watling had developed a reputation for having dirty clothes – he was totally dedicated to improving every aspect of his game, and that included his ground fielding. It was that work ethic that carried him through his career.

Watling had not made the dream start to his domestic career that some top players achieved.  He played eight matches in his first season, breaking 50 twice and only averaging 20. But he had hung around, and regularly saw off the new ball. His domestic career continued along the same vein for the next few years. His first class average increased season on season, but the more noteworthy thing was the number of deliveries he was absorbing. He was regularly seeing off the new ball, averaging roughly 90 deliveries per dismissal. He had a clear role in the team. Take the sting out of the opposition bowling attack, so that the more aggressive batsmen later on could come in and score quickly against tired bowlers. It was a role he did so well that he ended up getting selected for his test debut in December 2009.

His test career started fairly similarly to his first-class career. After seven matches he had an average of 21.5, but he had eaten up a lot of deliveries for those 21.5 runs, lasting roughly 20 overs at the crease on average. He was doing a role, but not really doing enough to keep his spot in the side.

But his fortunes were about to change through an unlikely decision.

Struggling to find a wicket-keeper, John Wright decided to give Watling a go. This was particularly surprising, as he was not the keeper for Northern Districts, and while he had filled in as an injury cover occasionally, most of the public had not considered him a serious option with the gloves.

To go with that, he looked ungainly behind the stumps. Peter McGlashan, the Northern Districts keeper at the start of Watling’s career described him as an “unnatural keeper, but one who worked hard at it, and became very proficient.” There isn’t really a better possible description. He often had his feet in the wrong place early on, but he clearly worked hard at that aspect of his game, and turned into a fine keeper.

His strengths as a keeper are clearly his ability against pace, both judging the distance to stand back from the stumps – close enough that the edges don’t bounce in front of him or the slips, but far enough back that the balls are still catchable, and taking the difficult chances. This is a product of the sort of bowling that he has had to keep to. Only South Africa and Ireland have bowled fewer overs of spin per match than New Zealand in the last ten years, and so he’s rightly focussed on that aspect of his game.

That has come at the expense of keeping to the spinners to a degree. In some ways, that is the hardest thing for a keeper. Seeing the ball around the batsman, getting in position to take a deflection, and keeping your cool when there is a stumping chance all take both skill and experience. Watling has struggled in that aspect, taking only eight stumpings in his career – roughly one every 15.5 innings. Being a player who has had to work hard at his game, rather than rely on natural ability has resulted in him being best at the thing that he has had to do most often.

He didn’t just become proficient; however, he became excellent. There have only been three bowler-keeper combinations who have resulted in 50 or more dismissals for New Zealand: Watling and Southee, Watling and Trent Boult and Watling and Neil Wagner. Watling played fewer matches with Wagner than Ian Smith did with Richard Hadlee, but still managed to result in more dismissals than New Zealand’s previous main pair. If a pace bowler is going to create an opportunity, Watling is probably going to take it.

His keeping in some ways reflects his personality. Unlike most keepers, Watling is one of the quieter guys in the team. You won’t find videos of witty sledging from him standing up to the stumps, ala Kumar Sangakkara or Tim Paine, or hear the ongoing banal encouragement that we are so used to: Brad Haddin shouting “nice Gary” or Adnan Akmal’s constant encouragement to “Come on, come on, bowl that magic ball.” In fact, often you hear nothing, except perhaps an occasional “oooh.” However, if he has something to say, his teammates normally listen.

With the bat, he has also expressed his personality. He is not a flamboyant character, and he is certainly not a flamboyant batsman. But he does work hard, and he works hard to build an innings, particularly when his team is under pressure. He has a good cut shot, but there are not many shots with a big flourish, he just takes the opportunities offered to him.

Most players average more with the bat when their team is on top. That is perfectly natural. When batting conditions are favourable, and the bowlers are tired, number 6 and 7 batsmen tend to make hay. BJ Watling, however, does the opposite. His average jumps up roughly 10 runs when New Zealand has made a poor or average start as opposed to when the team makes a good start.

This first came to light in his first tour as the designated keeper. It was the tour of South Africa in 2012/13. Brendon McCullum had just taken over as captain in controversial circumstances, and Ross Taylor had refused to go on the tour. South Africa had one of the strongest bowling line-ups in history, with Dale Steyn, Morne Morkel and Vernon Philander all at or close to their peak. New Zealand were decimated by an innings and lots in both tests.

However, through the carnage, there was one beacon. BJ Watling hit 63 in both innings of the second test at Port Elizabeth. They were innings where his most prominent shot was the forward and backward defence shots. At the ground there was a very clear difference between the sound made when the ball hit Watling’s bat and everyone else’s. The ball cracked off even the defensive shots of most batsmen, but from Watling’s bat there was almost no sound, due to his very soft hands.

From then on, he would go on to bat lots and lots of overs for New Zealand, especially when the team was in trouble. One quarter of all partnerships of 250 or more for New Zealand have featured Watling, two of those coming when New Zealand had been 5 down for less than 160 runs.

He has faced down pressure situations with the bat or the gloves with the same method. Put away the flamboyant stuff, work hard, take the opportunities.

On Friday he will walk onto the field for his last test. Possibly the match with the most pressure on it in his career. He will do what he always does. Put away the flamboyant stuff, work hard, and (New Zealand hope) take his opportunities.