What is MSP and how prices for Kharif crops changed in last 10 years-India News , Firstpost 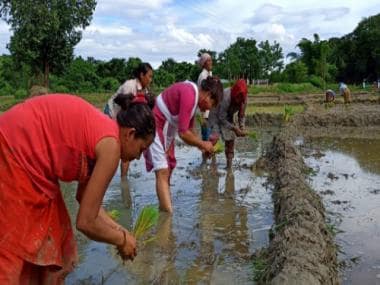 Between 2011 and 2021, the MSPs of millets like ragi, jowar and bajra have grown the most, with that of ragi having more than tripled in the last 10 years

Earlier this week, the Central Government raised the minimum support price (MSP) of paddy and other Kharif crops. While the MSP for paddy was raised marginally by Rs 72 per quintal to Rs 1,940 per quintal for the 2021-22 crop year, the rates of pulses, oilseeds and cereals were hiked substantially.

Minimum Support Price or MSP is the minimum price set by the government at which farmers in India can expect to sell their produce for the season.
When the market prices of produce fall below the MSP level, procurement agencies step in to procure the crop and ‘support’ the prices. The system, theoretically speaking, saves farmers from selling their produce at a low price.

How is MSP calculated?

As Firstpost had reported earlier, the MSP is usually announced at the beginning of each sowing season by the Cabinet Committee of Economic Affairs based on the recommendations of the Commission for Agricultural Costs and Prices (CACP).

The CACP calculates the Minimum Support Price using a variety of factors, including the cost of production, demand and supply, international prices, inflation, impact on the environment, etc.

The MSP in 2018-19 was based on the A2+FL method. The A2 here represents the “actual paid-out costs” of the farmer which includes payments made in cash and kind on seeds, fertilisers, pesticides, hired labour, leased-in land, fuel, irrigation, etc, whereas FL represents the “imputed cost of family labour” that goes into producing a crop.

However, agricultural experts, including the MS Swaminathan Commission, had said the Minimum Support Price for crops should depend on the comprehensive cost of production (also known as the C2 method). This method includes not only paid-out costs, imputed family labour but also imputed rent and interest on land and other capital assets.

In the Union Budget 2018-19, the government announced that the MSP of crops will be calculated as per the cost of production method.

The Cabinet announcement of MSP for Kharif crops for marketing season 2021-22 is calculated as 1.5 times the cost of production. The announcement describes the cost of production as “a comprehensive cost which includes all paid on costs such as those incurred on account of hired human labour, bullock labour machine labour, rent paid for leases in land, expenses incurred on use of material inputs like seeds, fertilizers, manures, irrigation charges, depreciation on implements and farm buildings, interest on working capital, diesel/electricity for the operation of pump sets, etc, as well as miscellaneous expenses and imputed value of family labour”.

Is cost of production same for all states?

Not really. As stated earlier, besides material inputs, cost of production also includes the cost of human labour, and accounts for the highest percentage share of all costs incurred in producing a crop. Though a minimum cost of human labour has been set in India, it varies across states and regions.

The MSPs of Kharif crops have been rising marginally every year since 2011-12. However, after witnessing a significant spike in some Kharif crops in the year 2018-19, the change in MSP has been comparatively low for most Kharif crops.

A comparison of percentage change in MSP of Kharif crops between 2011 and 2021 reveals five interesting events. First, the prices of ragi more than tripled between 2011 and 2021, while that of other millets like jowar and bajra also grew significantly during the same period. In comparison, MSP of paddy hasn’t grown that much. This could also possibly due to a push for millets by Government of India. Second, the percentage increase in MSP of Kharif crops was significantly low in the two years preceding the 2014 Lok Sabha elections, which the UPA govt lost against the NDA.

Third, under the NDA, the MSP of Kharif crops increases gradually with no significant changes till 2017, but then it rises sharply in 2018-19 right before the 2019 Lok Sabha elections.

However, the percentage change is unequal. At one end, while MSP for ragi sees a rise of over 50 percent, on the other end, Tur and Urad dal rise by 4.1 and 3.7 percent, respectively. Among pulses, only Moong Dal reported a double-digit rise of 25.1 percent.

Maize (19.3 percent) also sees a significant spike but is comparatively lower than jowar (above 42 percent) and bajra (36.8 percent). On the other hand, paddy MSP rose by 12.9 percent for Common and 11.3 percent for Grade A.

Fifth, the NDA returns to power, and the percentage rise in MSP drops back to the pre-election levels. There is a small spike in 2020-21, but the percentage rise is less for bajra, maize, ragi, moong (marginal), Cotton (medium and long staple), sunflower seed, Niger seed in 2021-22 while higher for jowar (Hybrid and Maldandi varieties), paddy (Common and Grade A), tur, groundnut and sesamum.

Overall, except for 2018-19, MSP for Kharif crops hasn’t seen a significant increase percentage-wise.