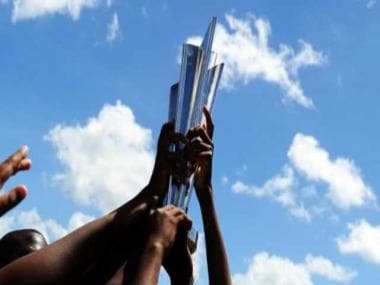 After the Indian Premier League (IPL) 2021, which had to be postponed indefinitely and later shifted to the UAE from India due to rising COVID-19 cases among the players and support staff from different franchises, the men’s T20I World Cup, scheduled for later this year, is also set to take place in the UAE from 17 October till 14 November, according to a report in ESPN Cricinfo.

This also means that there will be very little time (one day) to get going for some of the players who will feature in the second leg of the IPL, the final of which is likely to be held on 15 October.

An official confirmation regarding the venues and dates for the T20 World Cup, or of any sort of conversation between BCCI and ICC, hasn’t been made so far. The BCCI hasn’t written to the ICC officially about shifting the mega event to the UAE. However, the planning to shift the tournament to the Middle East seems to be taking shape. The ICC had, on 1 June, allowed BCCI time till the end of June to clearly state whether the nation would be able to hold the tournament.

Although there has been a decline in the number of COVID-19 cases in India, experts have anticipated a third wave later in the year.

With COVID-19 bringing sporting events to a standstill, the ICC had last year postponed the T20 World Cup 2020 from Australia and zeroed in on India as the hosts for the tournament in 2021, with Australia hosting the 2022 edition.