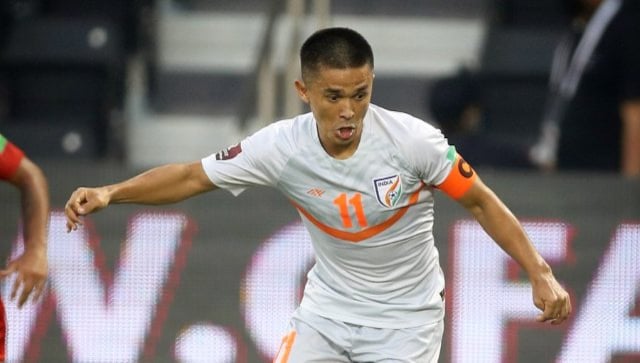 Preview: After a morale-boosting win against Bangladesh, Indian football team will aim to keep the momentum going in their final game of the FIFA World Cup 2022 Qualifiers against Afghanistan.

If not a victory, Igor Stimac’s side will at least look to draw against the Afghans and book an automatic slot in the third round of AFC Asian Cup qualifiers. Currently, India occupy the third spot in Group E behind Qatar and Oman with six points to their name from seven matches. Afghanistan are fourth with five points while Bangladesh are fifth with two points.

Lack a game time for Stimac’s players was a concern but India managed to put out decent performance against Bangladesh, beating them 2-0 thanks to two goals from ever-reliable Sunil Chhetri. Earlier, India lost against World Cup-bound Qatar 1-0.

The likes of Chinglansana Singh, Brandon Fernandes, Ashique Kuruniyan also impressed in the previous match. Considering the importance of the upcoming game, Stimac will not look to tinker much with his playing XI.

Over the years, Chhetri has proved his worth in the national team and became a legend so his team and manager will once again depend on him to deliver with the goal. The captain  played 117 Internationals, and scored 74 goals – the second-most for an active international goalscorer in the world.