The former Punjab CM had been questioned in 2018 by the previous SIT probing the matter. He had then said the investigation was ‘politically motivated’ and an attempt to defame him 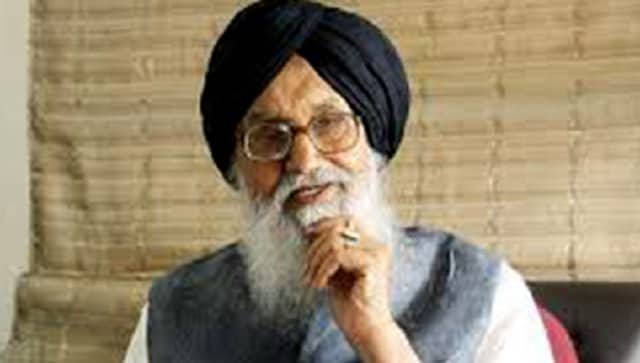 Chandigarh: Former Punjab chief minister Parkash Singh Badal has been summoned by the special investigation team probing the 2015 Kotkapura police firing incident to appear before it on 16 June.

Badal was the chief minister when the sacrilege and subsequent police firing incidents took place in Faridkot in 2015.

According to the summons, the nonagenarian leader has been asked “to appear in person with the relevant record before the Special Investigation Team on date 16.06.2021 at 10.30 am at PSPCL, Rest House, Phase-8 SAS Nagar (Mohali)” for investigation of the cases.

Reacting to the summons, Harcharan Bains, principal advisor to the Shiromani Akali Dal president, said, “We will fully cooperate with the SIT”.

Badal had been questioned in 2018 by the previous SIT probing the matter. He had then said the SIT probe was “politically motivated” and an attempt to defame him.

The Punjab government had formed the new SIT led by Additional Director General of Police LK Yadav to probe the Kotkapura police firing incident following the directions of the Punjab and Haryana High Court.

The new SIT is investigating the two FIRs registered on 14 October, 2015 and 7 August, 2018 in connection with the Kotkapura incident.

The high court on 9 April this year had quashed a report by an earlier Punjab Police SIT into the 2015 firing at people protesting in Kotkapura over the alleged desecration of the Guru Granth Sahib in Faridkot district.

The court had then directed the state government to set up a new SIT, without Kunwar Vijay Pratap Singh, the Indian Police Service officer who was part of the earlier team. Singh later took voluntary retirement after the court order.

Police had also opened fire at a similar demonstration in Behbal Kalan, also in Faridkot, where two people were killed. A separate probe is underway in that case.

Meanwhile, Congress MP Partap Singh Bajwa on Sunday dubbed the summoning of Badal by the SIT as a step in the right direction.

“The need of the hour is to conduct a fair investigation wherein the role of the then Chief Minister Parkash Singh Badal, the then Deputy chief minister Sukhbir Singh Badal and the then DGP Sumedh Singh Saini are brought out,” said Bajwa in a statement.

“Once the investigation is concluded within a month, an application must be filed for day-to-day hearing of the case before the trial court in Faridkot,” he said.

After the high court quashed the report of the earlier SIT, a section of Congress leaders, including Navjot Singh Sidhu, has been targeting their own government for the alleged delay in delivery of justice in sacrilege and subsequent police firing incidents in 2015.

The Congress in Punjab has repeatedly targeted the Shiromani Akali Dal, which was in power then in the state, over the incidents.