Ahead of his 56th birthday, Salman Khan was bitten by a non-venomous snake at his Panvel farmhouse where he went to celebrate his special day with his family and friends. The superstar was discharged after a brief hospitalisation.

Spilling some beans on the incident, Salman told ANI, “A snake had entered my farmhouse, I took it outside using a stick. Gradually it reached onto my hand. I then grabbed it to release, which is when it bit me thrice. It was a kind of poisonous snake. I was hospitalized for 6 hours…I am fine now.”

Despite that, the superstar decided to keep up with his tradition of celebrating his birthday at his farmhouse. Donning a leather jacket and corduroy pants, Salman looked dashing as ever as he greeted and interacted with the media outside his farmhouse.

Meanwhile, on the work front, Salman has been busy shooting for his upcoming film, ‘Tiger 3’. It will also star Emraan Hashmi and Katrina Kaif in lead roles. Reports are also rife that the film will also have a special cameo of Shah Rukh Khan’s character ‘Pathan’ from his upcoming spy thriller.

Apart from this, Salman also has ‘Kick 2’ with Jacqueline Fernandez and ‘Kabhi Eid Kabhi Diwali’ with Pooja Hegde. He has also announced the much-awaited sequel of ‘Bajrangi Bhaijaan’. 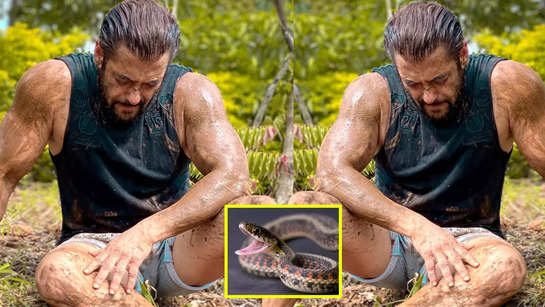 What you need to do to get the third shot