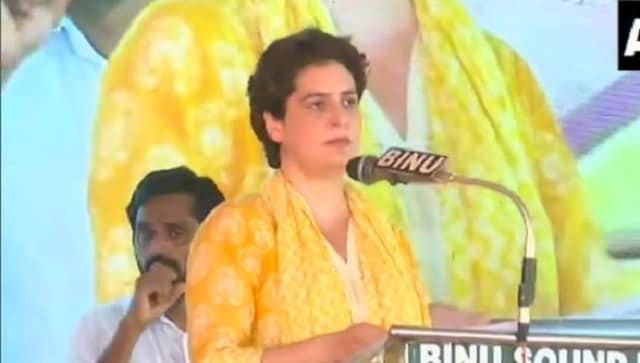 New Delhi: Congress leader Priyanka Gandhi Vadra on Tuesday wrote to Uttar Pradesh Chief Minister Yogi Adityanath to demand a CBI probe into the “mysterious” death of a journalist who had recently reported on the liquor mafia.

The Congress general secretary also demanded that action be taken against the “nexus of liquor mafia and administration” which she said had taken root across the state.

Journalist Sulabh Srivastava died under “mysterious circumstances” on the night of 13 June in Pratapgarh district while he was returning home after news coverage, Priyanka Gandhi told Adityanath.

A day earlier, on 12 June, Srivastava had written a letter to the additional director general of police, Prayagraj zone, expressing concern about his and his family”s safety and stating that the local liquor mafia was angry with his news report on illicit liquor, she said.

In her letter in Hindi, she also appealed for immediate financial help to Srivastava’s family.

On Monday, Uttar Pradesh police registered a case of murder in the case. Srivastava, who working for a private news channel and had recently reported on the liquor mafia, died in what appeared to be a road accident.

According to reports, he was found dead near a brick kiln and had severe injury marks on his head, said the Congress general secretary in-charge of Uttar Pradesh.

“I request you to get a CBI inquiry done in this matter. Action should be taken against the nexus of liquor mafia and administration which has taken roots across the state,” Priyanka Gandhi said in her letter to the chief minister.

There have been reports of deaths due to spurious liquor from many places in Uttar Pradesh. From Aligarh to Pratapgarh, scores have died due to its consumption, she said.

In such a situation, the fact that a journalist fears the liquor mafia suggests that the rule of law in the state has lost its supremacy, Priyanka Gandhi alleged.

In the past as well, there have been attacks on journalists in many places, including Ballia and Unnao, she said.

Asserting that it is the responsibility of the state’s law and order system to provide security to journalists, Priyanka Gandhi urged the chief minister to take positive steps towards providing justice to Srivastava’s family.

On Monday, Priyanka Gandhi had hit out at the Uttar Pradesh government over the journalist’s death, accusing it of “nurturing jungle raj”.

“Sulabh Srivastava had gone for news coverage to the Kotwali Lalganj area on Sunday and was returning home late at night. He was found seriously injured near the Sukhpal Nagar brick kiln and was taken to the district hospital, where doctors declared him dead,” Superintendent of Police Akash Tomar had told reporters.

His motorcycle rammed into a pole near the brick kiln under the Kotwali police station area in Pratapgarh district, police said.