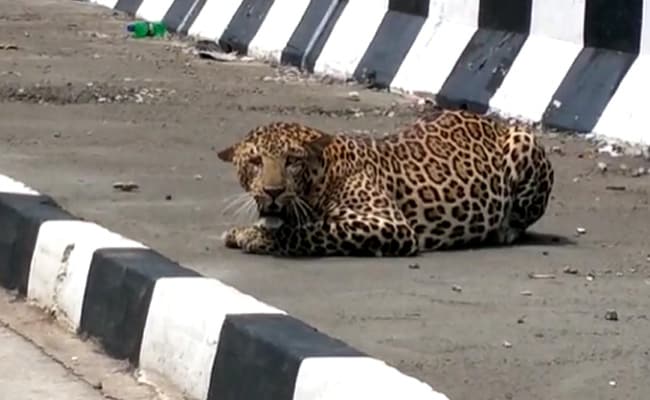 Tigers and leopards are often spotted on this underpass road built six months back.

A leopard was spotted on a highway near the Pench Tiger reserve in Madhya Pradesh. Visuals showed the leopard resting at the side of the National Highway-44, a four-lane highway in Seoni district.

As soon as the leopard spots the people capturing it on their cameras, it leaps into action, climbs over a fence and runs away to the other side

Tigers and leopards are often spotted on this underpass road built six months back.

Madhya Pradesh has the highest number of leopards in the country, according to the ‘Status of Leopards in India 2018’ report released last year. There are 3,421 leopards in the state, followed by Karnataka (1783) and Maharashtra (1690).

At 8071, central India and Eastern Ghats stretched across Madhya Pradesh, Chhattisgarh, Jharkhand, Odisha, Maharashtra and Northern Telangana have the maximum number of leopards, according to the report.