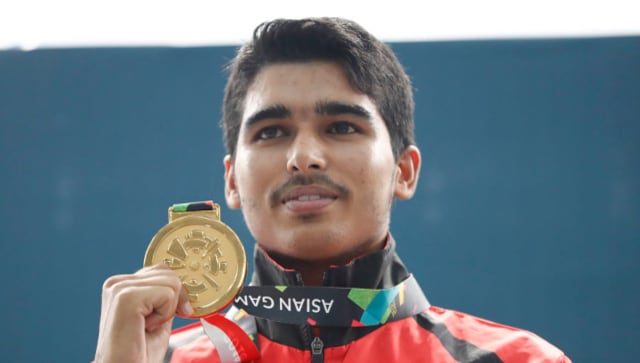 Editor’s Note: For five years now, Indian athletes have been dreaming to make up for the disappointment of a two-medal haul in Rio. The span has been extraordinary, with COVID-19 having thrown their preparations – and the Olympics itself – off gear. However, in true Olympic spirit, the country’s finest sportspersons have battled form and uncertainty to put their best foot forward in what promises to be a Games like none other. In our latest series, we track the last two years’ performances of our athletes to give you a ready guide to their form leading into the biggest sporting spectacle of the world.

Ever since he struck gold at the 2018 Asian Games in Jakarta at the age of 16, Saurabh Chaudhary has cemented his place in the Indian shooting fraternity as a prodigy destined for greatness. A prodigy who has embraced stardom with his accomplishments towards the end of the previous decade, his growth mirroring the country’s phenomenal rise in the sport of shooting.

His steady rise in the sport over the last three years, during the course of which has worn numerous medals around his neck along and has his name on the junior world record, is one of the brightest prospects in the Olympic shooting team that is a key hope for medals for the Tokyo-bound Indian contingent.

The 19-year-old, currently ranked second in the world in men’s 10m air pistol behind fellow Indian Abhishek Verma, has enjoyed a fine run of form over the last couple of years, both in individual capacity as well as in partnership with fellow prodigy Manu Bhaker in mixed team events.

After breaking into the international scene with his Asian Games medal three years ago, Chaudhary set the international scene ablaze in 2019 as he won individual gold at the ISSF World Cups in New Delhi and Munich along with a bronze at Rio de Janiero. He also won a gold along with Bhaker in each of the 10m air pistol mixed team events in the four World Cups that year as medals rained for Indian shooters in ISSF competitions in a bumper year.

For his sheer consistency, Chaudhary fittingly won the ISSF Golden Target Award in the 10m air pistol category in December that year. Not only that, he also clinched his Tokyo quota on home soil that year at the ISSF World Cup in New Delhi, registering a world record with a score of 245.0 at the Dr Karni Singh Shooting Range in the national capital.

“I didn’t think about the 9s, just looked ahead. I never thought of winning a quota, or about making the world record. I just wanted to do my best. The competition was very tough, but it helped that I never saw the scoreboard. I knew I had a big lead but didn’t let that cloud my thoughts. I just kept shooting as I was,” Chaudhary told reporters after his astonishing performance, in which he outshone many a veteran including a multiple Olympic medallist.

Chaudhary, who hails from Kalina, a village near Meerut in Uttar Pradesh, would go on break his own record in Munich with a score of 246.3, before North Korean shooter Kim Song Guk overtook him in the Asian Championships later that year.

Like athletes from various other disciplines, 2020 was a dull year for the Chaudhary with little action taking place in a year that witnessed COVID-19

wreaking havoc across the world, although his name did feature in the Arjuna Awards list that year.

Chaudhary’s performances in 2021 however, indicate no rust whatsoever. The UP lad clinched gold in the men’s and mixed team events along with an individual silver in the ISSF World Cup in New Delhi in March this year. And with a stellar show in the European Championships around May-June this year, Chaudhary looks set to make his maiden Olympic appearance one to remember.

Click here to check out form guides for the rest of the Indian contingent at the Tokyo Olympics 2020.

Liverpool need Jude Bellingham however Dortmund will make them wait

India vs England: Coach Ramesh Powar says visitors will have to sort out batting woes to target World Cup success