Introduced in the Lok Sabha in July 2019, the Dam Safety Bill provides for the surveillance, inspection, operation and maintenance of specified dams in India via a regulatory body 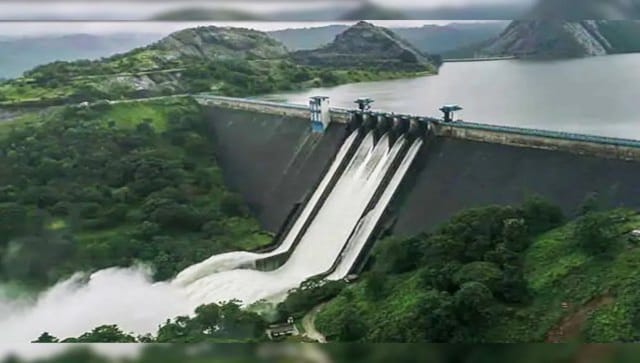 The Dam Safety Bill 2021 was moved in the Rajya Sabha on Wednesday but the parliamentary debate could not be held because of disruptions from the Opposition parties.

The Dam Safety Bill, which has been on the agenda since Monday, will be taken up for consideration and passing in the Rajya Sabha today, 2 December.

The Union Cabinet in June 2018 cleared the proposal for the introduction of the Dam Safety Bill in Parliament. The objective of the bill is to “help develop uniform, countrywide procedures for ensuring the safety of dams”.

Introduced in the Lok Sabha in July 2019, the Dam Safety Bill provides for the surveillance, inspection, operation and maintenance of specified dams in India via a regulatory body. The dams that come under the scope of the Bill have to be more than 15 metres in height with specified design considerations.

So what does the Bill say?

The Bill seeks to address various issues concerning dam safety, including regular inspection of dams, emergency action plans, adequate repair and maintenance funds, and instrumentation and the safety manuals. The Bill lays the onus of dam safety on the dam owner and provides for penal provisions for the commission and omission of certain acts.

The draft bill aims to provide proper surveillance, inspection, operation and maintenance of all specified dams in the country to ensure their safe functioning.

The bill also proposes the setting up of the following: National Committee on Dam Safety, State Committee on Dam Safety, National Dam Safety Authority (NDSA) and State Dam Safety Authority (SDSA). Together, the four will ensure dam safety policies, surveillance, inspection, operation, maintenance and safe functioning of all specified dams. Furthermore, it also envisages the NDSA as a body that will implement policies, guidelines and standards for dam safety in the country.

A national-level database of all dams in the country would be maintained by the NDSA, while the SDSA will look into their safety aspects at the state level.

The Bill applies to all specified dams in the country. This includes dams built on both inter and intrastate rivers.

As per PRS Legislative, the Bill applies to all specified dams in the country:

These are dams with:

(i) height more than 15 metres

(ii) height between 10 metres to 15 metres and satisfying certain additional design conditions such as reservoir capacity of at least one million cubic meters, and length of the top of the dam at least 500 metres.

Why is the Bill facing opposition?

Ever since it was introduced in Parliament, the Bill received strong opposition from Tamil Nadu, Karnataka, Kerala and Odisha and has also made environmentalists anxious. The Tamil Nadu Assembly had passed a unanimous resolution in June 2019 urging the Centre to defer a discussion on the Bill.

The main objection of state governments is the nature of the Bill. If passed, it shall put water and dam management under the control of the Centre and no more a state subject. According to The Hindu, there was a view among the Opposition parties that this Bill must be sent to a select committee, because of its wider implication.

As per law, Entry 17 of the State List allows states to make laws on issues of water supply, irrigation and canals, drainage, water storage and water power, reports News18. On the other hand, the Centre’s control of rivers and water is limited only to laws it can make on the regulation of inter-state rivers and river valleys. This is mandated under Entry 56 of the Union List.

While opposing the Bill, All-India Trinamool Congress MP from West Bengal, Mahua Moitra said the Bill infringes upon the federal structure and power of the state. “All the 21 members of the committee would be nominated by the Centre government, even the state representatives. Instead of working in consultation with states, the Centre believes only in issuing directives,” she said.

History, theme and tips to enhance you digital skills

From crowd control to drug distribution, what legal shortcomings are cropping up in India’s fight against COVID-19