Lajpat Nagar fire: Delhi Fire Service Director Atul Garg said that a call about the blaze was received around 10.20 am, following which 16 fire tenders were rushed to the spot 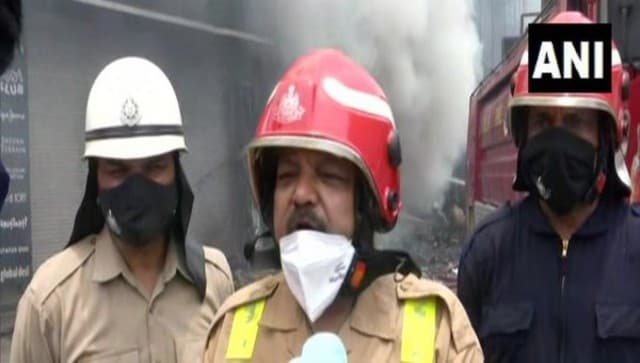 At least five showrooms were damaged in a massive fire that broke out in a market area in Delhi’s Lajpat Nagar on Saturday morning, officials said, adding no injuries were reported.

According to the fire department, a call about the blaze was received around 10.20 am, following which 16 fire tenders were rushed to the spot.

“When fire tenders reached the spot, four showrooms were on fire and later (the blaze) spread to the fifth shop. It must have started early morning in one of the shops and then spread to the rest,” Delhi Fire Service Director Atul Garg told PTI.

According to PTI, Garg said that a total of 30 fire tenders and over 100 firefighters were on the spot to bring the fire under control.

Garg said the firemen were able to prevent the blaze from spreading further with a timely response to the call.

When asked for a possible cause of the fire, Garg said that he speculates that the fire must have begun earlier in the morning, “but since the shops were closed, no one noticed until the fire spread to all 4 showrooms”.

Delhi Chief Minister Arvind Kejriwal tweeted: “I am constantly monitoring the situation and in constant touch with the fire department officials.”