Fans ask Virat Kohli’s sister who Anushka Sharma and his daughter Vamika looks like and here’s what she said! | Hindi Movie News

A fan asked Bhawna if she has met Vamika and who she looks like, the star sister replied, ‘Yes we have. She is an angel’. When asked about her equation with her sisters-in-law including Anushka, Bhawna said, ‘They are both awesome, love them.’ 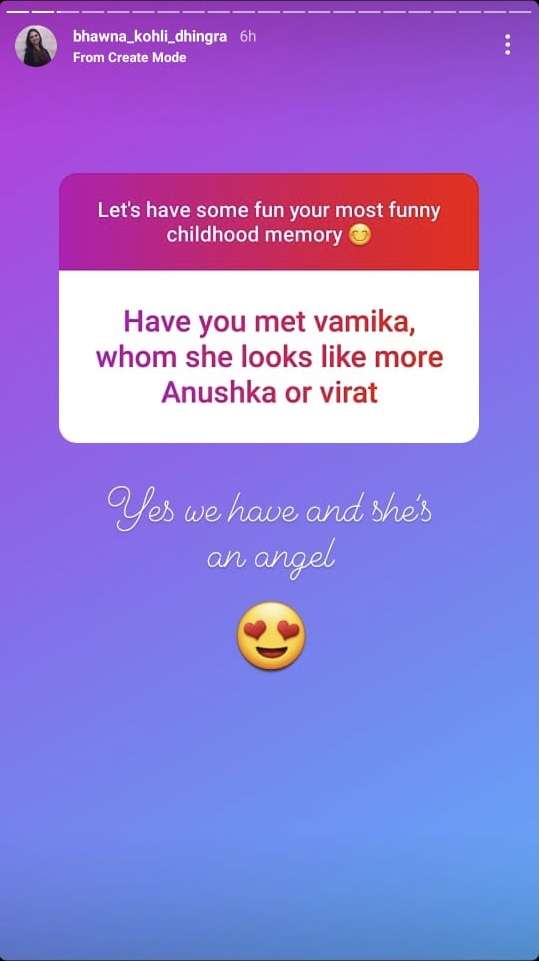 In one of Virat’s AMA sessions recently, the cricketer was asked the meaning of his daughter’s name to which he had replied, ‘Vamika is another name for goddess Durga. No, we have decided as a couple to not expose our child to social media before she has an understanding of what social media is and can make her own choice.’

Anushka and Virat had shared the news of the actress’ pregnancy during the lockdown last year. The couple welcomed their newborn in January this year. They are currently in England with Vamika for the World Test Championship against New Zealand.

Meanwhile, on the work front, Anushka was last seen in Aanand L Rai’s ‘Zero’ which also starred Katrina Kaif and Shah Rukh Khan in the lead roles. The movie received mixed reviews from the audience and the critics alike. Although the actress is busy with her production house, she is yet to announce her next Bollywood project.