As rain clouds cover the country, all you need to know about the Indian Monsoon 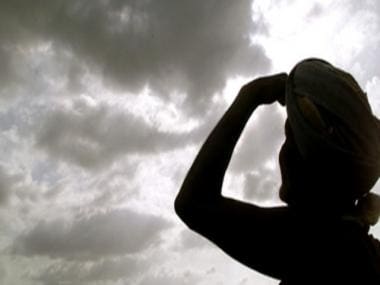 Monsoon clouds covered 80 percent of India’s landmass by the middle of June and were expected to reach the remaining corners of the country, except Rajasthan, in a matter of days. This despite the fact that the onset of monsoons over Kerala was delayed by a few days.

The forecast this year is for normal rainfall across the country. While you secure your windows against splashes of rain or scan the horizon to check for the arrival of rain clouds, here’s what you need to know about what arguably remains the most important season for India.

It is only a wind

According to the National Geographic Magazine “a monsoon is a seasonal change in the direction of the prevailing, or strongest, winds of a region”, and blow always from cold to warm regions. The summer, or June to September monsoon that India gets, arrives as warm, moist air from the southwest Indian Ocean moves towards the Indian subcontinent.

The key phenomenon that aids the arrival of the monsoon is described as the “differential heating and cooling of land and water”. As the Indian landmass heats up in the summer months, the warm air rises up, creating a low pressure zone while the Indian Ocean has relatively high temperatures.

Nature abhors a vacuum and, hence, this triggers the movement of winds from the sea towards the land, setting in motion the process of the monsoon’s arrival.

There are two parts to the Indian monsoon.

The first is when the rain clouds move up peninsular India into the northern plains, bringing rains to the bulk of the landmass. The second phase is when these rain clouds eventually hit the Himalayas to India’s north and then make an about turn before bringing rains in some parts between October to December as it returns to the Indian Ocean. Tamil Nadu receives rainfall from this northeast monsoon.

How does one know that monsoon has hit?

IMD has a checklist for when it should be declaring the arrival of the monsoon. The first factor that IMD looks to before announcing that monsoon has arrived is, of course, rainfall. If 60 percent of 14 designated weather stations report 2.5 mm or more rainfall for two consecutive days after 10 May, “the onset of monsoon Kerala (can) be declared on the 2nd day”, IMD says, adding that there are certain other criteria that have to match, too.

These include the flow of winds in the region and the radiation emitted from the Earth.

What determines whether a monsoon is ‘normal’?

To decide whether a monsoon is ‘normal’, the weatherman matches the rainfall during one year’s monsoon with the average of monsoon rainfall down the decades. If rainfall in India during the south-west monsoon ranges between 96 percent to 104 percent of the ‘Long Period Average’ (LPA), then it is considered to be a normal monsoon season. The LPA itself is the average data for rainfall recorded across India between 1961 and 2010, which is 88 centimetres.

What is the northern limit of the monsoon?

Private weather forecasting agency Skymet says that the northern limit of monsoon, or NLM, is the “northernmost boundary of India up to which monsoon rains have advanced on any given day”. So, it is a way of tracking the progress of monsoon clouds as they move over India’s landmass. The India Meteorological Department (IMD) adds that the monsoon “advances northwards, usually in surges, and covers the entire country around July 15”.

What are the eastern And western arms?

According to the UK-based Royal Meteorological Society (RMS), it is the mountains of southern India that split the south-western winds, giving the Indian monsoon its ‘two arms’. “The western arm of the monsoon is deflected northwards, by the western Ghats, to (Mumbai) and then on to Pakistan,” RMS says, adding that “the eastern arm travels up through the Bay of Bengal to (Kolkata) and Assam, and is deflected north-westwards by the Himalayas”.

What explains the fluctuations in monsoon?

Weather patterns and climate change all have an impact on the amount of rainfall that the country receives in a monsoon season. The phenomenon called El Nino, which causes the Pacific near the equator to warm up more than is usual in the years that it is active, causes lower rainfall during the summer monsoon in India. Again, the opposite phenomenon, called La Nina, when the Pacific Ocean is cool, brings more rain during the monsoon.

According to reports, the latter part of 2020 and early 2021 saw “moderately strong La Niña conditions”.

But such weather patterns are not the only ones that have a bearing on the amount of monsoon rain. A recent study echoed the fears that climate change is making India’s monsoon stronger and more chaotic. Researchers at the Potsdam Institute for Climate Impact Research (PIK) found strong evidence that every degree Celsius of warming would likely increase monsoon rainfall by about 5 percent.

The study not only confirmed trends seen in previous research but found “global warming is increasing monsoon rainfall in India even more than previously thought,” lead author Anja Katzenberger of Munich’s Ludwig Maximilian University was quoted as saying by news agency AFP.

The researchers said that in the past few decades, human actions have started exerting a marked impact on monsoons as compared with the natural changes that become pronounced over centuries and millennia.

“Initially, air pollution from aerosols — which largely reflect sunlight and act to subdue warming — caused monsoon rainfall to decrease. But then, from the 1980s, the warming effects of greenhouse gases began to dominate, driving stronger and more volatile rainy seasons,” AFP said, citing the report.